Counterculture, white supremacy, Trump, and us: Love vs. Hate

I recently visited the New Mexico State History Museum, located adjacent to the Palace of the Governors on the Santa Fe Plaza, to see the exhibit “Voices of the Counterculture in the Southwest”. A series of niches surrounding the centerpiece, a VW van (what else?), described the establishment, history, values, life and work, and residual (if any) of a number or communes and counterculture settlements. These were (and in some cases still are) mostly in northern New Mexico: New Buffalo, Placitas, and others, as well as Libre in SW Colorado, and other place like the Hog Farm (originally in California, then in NM, it provided “security” but mostly food and services to those “tripping” at Woodstock), and Haight-Ashbury, and Woodstock. The exhibit also covered overlapping movements such as the followers of the Sikh guru Yogi Bhajan, who made millions, and the Native American tribes whose values and ties to the land (as well as the peyote subculture) inspired many of the “hippies”.

As I entered the exhibit, and saw the van, and the psychedelic posters for concerts at San Francisco’s Fillmore Ballroom by the Grateful Dead, Quicksilver, the Jefferson Airplane, and others, I started tearing up, even before I started listening to the short audio clips, such as by Peter Coyote. I don’t know how much of my reaction was personal, “remembrance of things past"; while I was not a communard in New Mexico, it was the era, the late ‘60s and ‘70s, in which I grew up. It was my music, and my values, and in many ways my people. It was evocative for me, as those personal experiences are; I was one of those 400,000 people in the mud at Woodstock, pictured in the exhibit.

But there was something more. The exhibit, and the era it described, were searching for peace and love, quite literally. They were farming, playing music, having sex, doing drugs, seeking spiritual inspiration, demonstrating against the Vietnam War, struggling for civil rights, all in hope of making the world a better, safer, more inclusive, and more loving place. And yet, on that Saturday, the racists, white supremacists, “alt-right”, and neo-Nazis demonstrated in Charlottesville, VA, spewing venom and hatred, ready for violence and perpetrating it. And then the President of the United States, Donald Trump, gave at best a tepid condemnation of violence on “many sides”, not singling out the racists and haters. (For a guide to their organizations’ symbols, see this NY Times video, “Swastikas and other symbols”.) The President and other commentators noted the presence of Antifa and other groups that they call “alt-left” who do not eschew violence along with the overwhelming majority of peaceful protesters, but there is a big difference. The “alt-right” folks came to Charlottesville to show their hatred of others; the counter-demonstrators, including Antifa, were there to oppose them and their poison.
‘The scholar and activist Cornel West,’ the Times reported, ‘told the newscast “Democracy Now!” that anti-fascists saved his life and the lives of other nonviolent clergy members in Charlottesville. “We would have been crushed like cockroaches were it not for the anarchists and the anti-fascists,” he said on the show. “You had police holding back and just allowing fellow citizens to go at each other.”

Two days later, on Monday, President Trump issued a monotonic-read-off-the-Teleprompter condemnation of neo-Nazis and white supremacists that scarcely rang true (see the satirist Andy Borowitz’ take, “Man in hostage video forced to recite words not his own”), but like many others, I was not convinced. And then I came home from the museum to the news about Trump’s Tuesday press conference where he basically renounced those words, parroted the words of the alt-right, said many of the demonstrators were good people, and left Americans across all but the most racist ends of the political spectrum flabbergasted. Cable news hosts broadcasting live, from Fox to CNN to MSNBC, were open-mouthed, and liberals and conservatives alike rushed to condemn racism and the President. Only the white supremacists, the David Dukes and Richard Spencers (and probably Steve Bannons) were happy. They were thrilled that the President had legitimized them. Almost everyone else was scrambling for the exits, including many of his own staff and conservative Republicans and at least 7 CEOs on his advisory council (special kudos to the first, Ken Frazier of Merck!).

Nazi Germany was infamous for the Holocaust and the extermination of 6 million European Jews. The neo-Nazis in Charlottesville were chanting “Jews will not replace us”. Jews have been and are highly represented in anti-fascist and progressive movements throughout history, despite the ignorance of those who manifest anti-Semitism because of their rightful opposition to the hateful and oppressively racist policies of the Israeli government toward the Palestinian people. Jews were very important, despite their small numbers, in the anti-apartheid movement in South Africa, and in all European and American progressive movements. Including the “Counterculture in the Southwest”, judging by many of the names featured in the exhibit. Yes, there are not only racists like Benjamin Netanyahu in Israel, but vile American Jews in and outside the White House. President Trump (who I called the #Trumpenik, from the Yiddish “trombenik”: A lazy person or ne'er-do-well. A boastful loudmouth) notes his son-in-law, daughter, and their children are Jewish, but enables and empowers anti-Semites as well as racists. They are the same. But overwhelmingly, in the US and in most of the world, Jews have been leaders and progressives.

In the 1930s and 1940s, with the rise of Fascism and Nazism in Europe, there were many supporters of those ideologies in the US. In 1939, a huge Nazi rally filled Madison Square Garden in NYC (pic), and anti-fascists such as Dr. Seuss were strong in their attacks  (cartoon). But the US, overall, was still the land of the free. The people in Europe enslaved (and millions exterminated) by the Nazis looked to the US, to the words inscribed on the Statue of Liberty: Give me your tired, your poor, your huddled masses yearning to breathe free,
The wretched refuse of your teeming shore.
Send these, the homeless, tempest-toss’d to me,
I lift my lamp beside the golden door.

And the US, finally, after the bombing of Pearl Harbor did come to their aid; not so many refugees, but armies to fight fascism abroad. It also interned Japanese-Americans in camps, to its shame. But it was the destination for freedom. Where will people go for freedom if the US becomes the exemplar of first-world white supremacists?

You, or I may not like or agree with every part of the counterculture, whether the drugs, or spiritualism, or general naïveté. But the ethos was love and peace and freedom. Now, a half-century after the “Summer of Love”, we are facing tremendous challenges to these goals in our own country. I went to an “Anti-Hate” rally on the Santa Fe Plaza on Tuesday, organized and kicked off by Mayor Javier Gonzales, with NM House Speaker Brian Egolf and many religious leaders. It was only one of many such rallies across the nation. We need them, and we need more of them. We must respond: talk, write, demonstrate, and fight in whatever sense we use that, to oppose racism and hatred. I have heard people say that Canada cannot take us all, but important point is that the United States is our country. 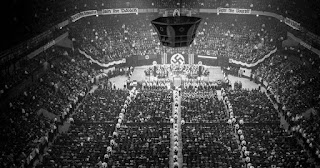 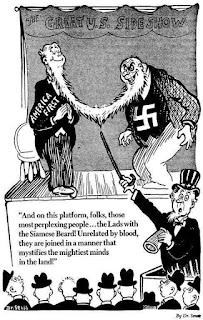