Growing up with restrictive rules: does it lead to advocates of authoritarianism or freedom?

I don’t completely agree with all that NY Times columnist David Leonhardt says in his column “A plea for a fact-based debate about charter schools” (July 23, 2018), but his comment about the restrictive rules that led to a protest at the G.W. Carver charter school in New Orleans resonated with me:
“But the students were right. The rules were extreme. Students walking between classes had to stay on the right side of the hallway, for example.” 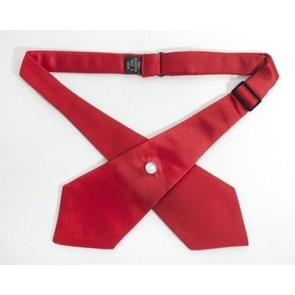 I remember that rule, and many others, from my own education in the New York City public schools a long time ago. That particular rule didn’t kick in until junior high school (7th-9th grade, since replaced by “middle school”), because in elementary school we didn’t really walk the halls; all of our classes except gym were in the same room. Students walking to different rooms for different teachers for different subjects (called “departmental”) began in 7th grade, but elementary school had its own set of restrictive rules that Leonhardt and most students today might find extreme. We didn’t have to wear uniforms, but the boys had to wear ties. In elementary school! This was ridiculous, not only on the “restrictive” level, but because little boys don’t always stay, um, neat, especially when eating or running around. Some of the most popular authorized types of ties were the pre-tied kind that just clipped under the collar, or the late unlamented but valuable-at-the-time “cross-continental”, kind of a bow that just snapped under the collar. And, yes, we had to wear shirts with collars! Luckily, at some point schools came to their senses and by the time I was a parent the totally appropriate attire for elementary school students was jeans and t-shirts. You want to guess who looks neater at the end of the day, a kid in jeans and a t-shirt or a kid with a stained askew tie over a dirty shirt with the tails hanging out?

Actually, the rules on ties got better as we aged; in junior high we were freed from that rule in the month of June. (And yes, we went to school in June, unlike a lot of the country our school year was Labor Day to June 30. Always June 30.) In high school, we didn’t have to wear ties at all. But the most interesting (??) rule in elementary school was that on Thursday, “Assembly Day” where the school got together to pledge allegiance to the flag and have some kid read a psalm (apparently Psalms were ok because they were Old Testament and thus kosher for Jews and Christians; no one even thought about other religions, or, God forbid, atheism!), and maybe other stuff happened but I don’t remember it, we had to wear a white shirt, blue pants, and a red tie! True. Literally true. Not in a Christian fundamentalist private school in the South run by the DAR, but in New York City public schools! I wonder if there were any clean white shirts by the end of the day?

So, maybe you can tell I thought those rules were not only “restrictive”, but on a graph of good-bad vs wise-stupid, definitely down at the bad and stupid end. However, I am absolutely certain that there are people who do not think so (now that they are no longer those students), who, reading the Leonhardt column think “Yeah! We had to walk down the hall on the right side! We had a lot of dress codes and behavior rules and other things, and look at me now! That kind of structure and discipline is what made me into the fine person I am today!” ((I was going to say “man” but don’t so as not to seem insensitive, and there are probably women who feel that way, but in my experience I almost always hear that rant from men.) Even if that fine person is an out-of-shape, bigoted, opioid-addicted and generally unpleasant specimen. (OK, I’m stereotyping again, maybe they are bank presidents or FBI men or even teachers.)

This suggests something to me about growing up, power, and possibly something about the political divide in our country (and, in some sense, the world) between those who relish authoritarianism and nationalism and those who believe in openness, freedom of expression, and plurality. Many of us grew up with such rules, structure, restriction, and impingement upon our freedom to act as we saw fit. Not coincidentally, these behavioral restrictions coexisted with restrictions – at least efforts to restrict -- our freedom to think. (True story: in high school, in the mid-60s, a group of us in the History Club planned a “teach-in” on the war in Vietnam. The chairman of the History Department heard about it and burst into a class many of us were taking, Economics I think, and railed at us, calling us “Munich appeasers”.) But not all of us reacted to it in the same way.

For some people, as I have noted, these “rules” seem to (in retrospect, at least) have been important in forming them into the “good people” they see themselves as. For others, it was resistance to such rules and thought-policing that led them (OK, us) to become the “good people” they see themselves as today. Put another way, while almost all of us looked forward to “growing up”, becoming adults and not being subject to these rules, and even be able to make the rules, we responded in different ways. One was to think “we will not have such stupid rules” governing children and the world; we will have greater freedom of ideas and expression and behavior. Another was to think “I can’t wait to be a grownup and make rules that benefit me and mine, and oppress others”. I don’t know if they think about it that way, but it is the way many behave. See, for example, the right-wing nationalist movements in Europe and Israel and other parts of the world, as well as in the US.

There are many examples of people, as individuals or groups, responding to their own oppression by oppressing others. We know that people abused, physically or sexually, as children often become abusers of their own or others’ children. The Puritans, unable to freely practice their religion in England went to Holland and then left because it had religious freedom not only for them but for everyone, and came to the America to establish theocracy in Massachusetts. We have seen the descendants of the victims of the Holocaust create both de facto and now de jure restrictions on Palestinians in Israel (Max Fisher in the Times quotes “Ben-Gurion [who] insisted that Israel give up the territories it had conquered. If it did not, he said, occupation would distort the young state, which had been founded to protect not just the Jewish people but their ideals of democracy and pluralism.’

Of course, there are extremes. I am not saying that there should be no rules for children or even discipline. But I am also saying, very strongly, that having been oppressed, as an individual or as a people, is a good reason to empathize, fight for the rights of others, and not to look for ways to oppress someone else.

The world could do with a lot few authoritarian strongmen, and a lot fewer of their fans.
at July 23, 2018