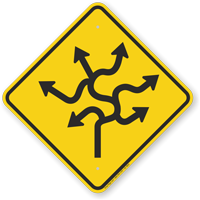 When I moved to Tucson a few years ago, people told me to be careful because the drivers here were really bad and it was dangerous. My first thought was that driving anywhere is dangerous, and there are terrible drivers everywhere. No, they said, it is worse here, from a number of factors together. First of all, there are a lot of old people driving, both retirees who live here (like me) and the “snowbirds” who come down in the winter.

There are also the students from the University of Arizona, who drive crazily because, well, they are young. Which means that they are, at least in their own minds, immortal. Practically, it means they take risks. This turns out to be partially neurologic, in fact. The brain doesn’t completely develop until the mid-to-late 20s, and the last part to finish developing is the frontal lobe, the seat of both executive function and judgement. So when you ask the 19 year old what they were thinking when they drove into that intersection with other cars, they can answer, honestly, “thinking?”

Most of the students come from other cities, as do the retirees, and the snowbirds, of course, live somewhere else most of the year, so they add to the problem by not necessarily being familiar with Tucson traffic characteristics. So winter is the worst time. And Tucson has a lot of dangerous characteristics, like, for one, suicide lanes, extra lanes where people can take lefts. In either direction. Or wait for an opening. Leads to a lot of accidents.

Tucson drivers do a lot of stupid and dangerous things, but I think that the classic move has to do with the fact that virtually all stores in town are in strip malls. One might drive to the exit, and wait for a gap in the traffic to take your right (or left). But – what if there is no car coming right then, and if you slow down, maybe one will. So you come in fast to the street and, if there is no one coming, you can make your right turn. And if there is, you slam on your brakes. Problem is only for the person driving in the right lane, who sees someone coming at them from the parking lot on the right very fast, and doesn’t know if they will stop or even can, so slows quickly, possibly creating more problems.

But I also drive in San Diego, where no one says that the drivers are terrible, but it is just as dangerous because they also do really stupid things. It is a little different there, though. In San Diego everyone thinks that they are a great driver, and, with their really expensive fast cars, can zip in and out of traffic. And so create lots of dangerous situations. They’re not that good. Driving between Tucson and San Diego it’s mostly I-8 and mostly in empty desert with little traffic. Going fast is fine. But west of Alpine it is an urban freeway, and different rules (should) apply. And if the signature move in Tucson is coming fast from your right out of a parking lot, the signature move in San Diego is passing on the right. A truly bad idea, and almost routine in that town.

Of course, neither Tucson nor San Diego drivers believe in using their turn signals. Perhaps they forget, or don’t know if they’re actually going to turn. Certainly you don’t since they don’t use them! I think it is also, at least in part, not wishing to let other drivers know their plans. If they did, you know, they might take advantage. And cut you off. Or pass you on the right. Gotta be pre-emptively aggressive, right?

Wrong, of course. Dangerous is dangerous. Driving dangerously because you think you are a terrific driver, as San Diegans do, is especially dangerous.

But seeing the very large woman coming toward me in a motorized wheelchair, going the wrong way in the bike lane at night with no lights? That was in Tucson!
at March 08, 2019