On December 13, 2013, I attended the winter Commencement ceremonies at Roosevelt University in Chicago. As a new member of the University’s Board of Trustees, it was my first such event at Roosevelt; the Board had met the day before. I have, of course, been to other graduations. Some have been of family and friends, but most have been as a faculty member in medical school. I have sat on the stage looking out at the assembled graduates and families before, but never in the role of a Trustee, and never at Roosevelt.

Graduations are pretty special events. At the medical school graduation ceremony, we look on as our future colleagues march across the stage, many of them people we know and have taught, while their families watch and clap and sometimes cheer. We have pride in them, and also wonder how fast the time goes, remembering when they were just starting a few short years earlier. But the Roosevelt graduation was different, and not just because it was not a medical school and not just because I was there as a Trustee. 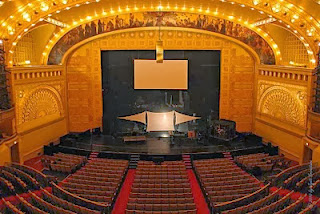 For starters, it was in Chicago’s beautiful Auditorium Theater, in the Auditorium Building designed by Louis Sullivan, opened in 1889 and about to celebrate its 125th anniversary next year. I have been there before but only in the audience; sitting on the stage looking out at this gorgeous auditorium whose balconies soar 6 or 7 stories, filled with 4,000 people, was amazing. Roosevelt owns the Auditorium, and the building has long been its home, but recently the 40-story Wabash Building has been built next to it, rising 40 stories, the top 27 dorms with priceless views, its own architectural splendor complementing in a very different way that of Sullivan. 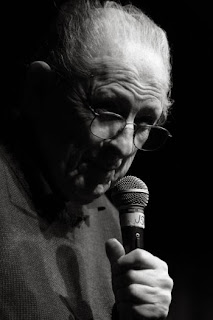 There were also some special events during the graduation. The honorary degree recipient was Joe Segal, a Roosevelt alumnus who for 60 years has run Chicago’s Jazz Showcase, bringing all of the great jazz artists of those years to perform at a series of venues; I began attending his shows in the 1970s. Danielle Smith, graduating with a bachelor’s degree in Special Education (and a minor in Spanish) was the first-ever current student to be commencement speaker. She was joined on the stage by Sheree Williams, receiving a Master’s in Early Childhood Education, who was the 85,000th graduate of the school (it took 60 years to get to 65,000 and only 6 for the next 20,000).

Those of you who read my last post, Suicide: What can we say?, know that the date, December 13, was also the 11th anniversary of my son Matt’s suicide. While the two facts are coincidental, they are not unrelated; my presence on the Board and thus at the graduation was entirely about Matt. A few years after leaving his first (quite elite) college and then obtaining an associate’s degree, Matt moved back to Chicago and enrolled at Roosevelt. He loved it. It was, and is, a school, originally established to focus on returning GIs and people of color, that both educates young (and older) people from all backgrounds and prides itself on its diversity, and its explicit commitment to social justice. This resonated with Matt, and does with me. I later met President Charles Middleton though the sponsorship that Matt’s mother and I do of the annual Matthew Freeman Lecture in Social Justice (see, most recently, Matthew Freeman Lecture and Awards, 2013, April 26, 2013), and later when he hosted my group of American Council on Education fellows at the university. Dr. Middleton calls Roosevelt the “most diverse private university in the Midwest”, and sitting there as the graduates cross the stage it is not hard to believe. Virtually every race and ethnicity was represented by the graduating students, many obviously first-generation Americans, and the pride in their faces was unmistakable. 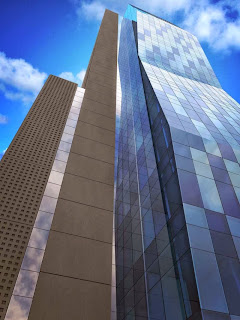 In her speech, Ms. Smith spoke about coming to Roosevelt from an all-white, middle-class, suburb, in large part to play tennis – which she did. She also, however, learned about diversity, and met fellow students from all races, religions, ethnicities, and socioeconomic groups, and made them her friends. She talked about a concept that she had never heard of before but was omnipresent at Roosevelt, social justice, which she says will guide the rest of her life. Ms. Williams’ presence on the stage, as 85,000th graduate, may seem like a quirk, but she also is “typical” of Roosevelt; an African-American woman who received her bachelor’s in education there and now her Master’s, and will be teaching second grade in Chicago, before, she plans, to get her doctorate. Wow.

President Middleton, in his closing address, asked several groups to stand. They included the international students, who had to add learning English in addition to their studies, and the families, friends and other supporters who jammed the Auditorium. Most impressive, to me, however, was when he asked all the graduates who were the first members of their families to get a degree at their level to stand. Some were getting doctorates and master’s degrees, but the large majority of the graduates were receiving bachelors. Two-thirds of the graduates stood, to rousing cheers.

There are plenty of colleges that offer the opportunity for students from working-class and poorer backgrounds to get an education, for first-generation students to learn. They include the our community colleges (I still remember a talk at the 2008 ACE Conference by the president of LaGuardia College in NYC, where she said -- as I remember it -- “there are two kinds of colleges; those that try to select the students who will be the best fit at their institutions, and community colleges, that welcome students”), and our state universities. And some are private schools, like Roosevelt. And others may have the explicit commitment to social justice that Roosevelt does.

But I am proud to be associated with one that so overtly and clearly demonstrates it.

Cross-posted to "Medicine and Social Justice"
at December 21, 2013