Geese at the Lake 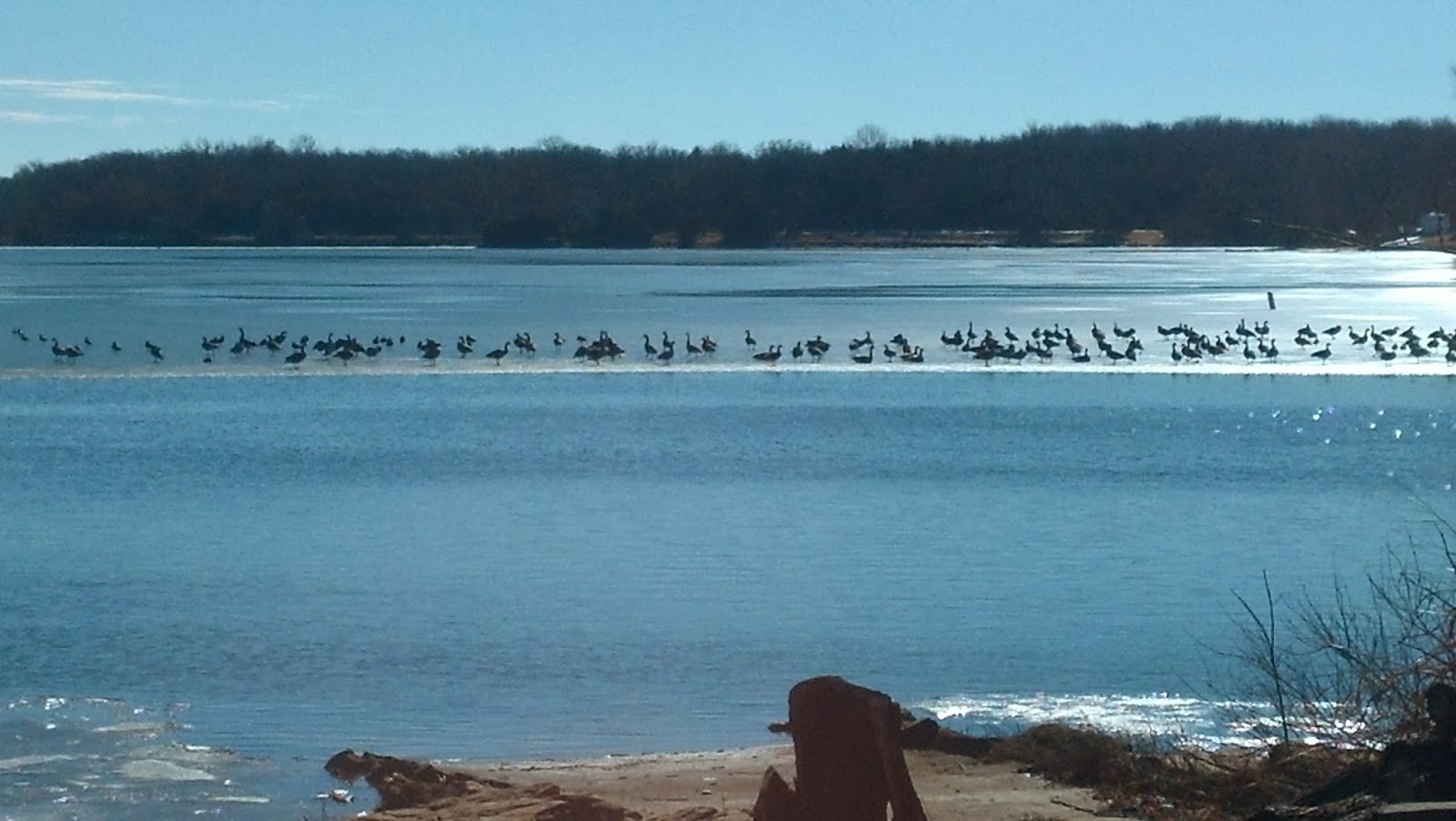 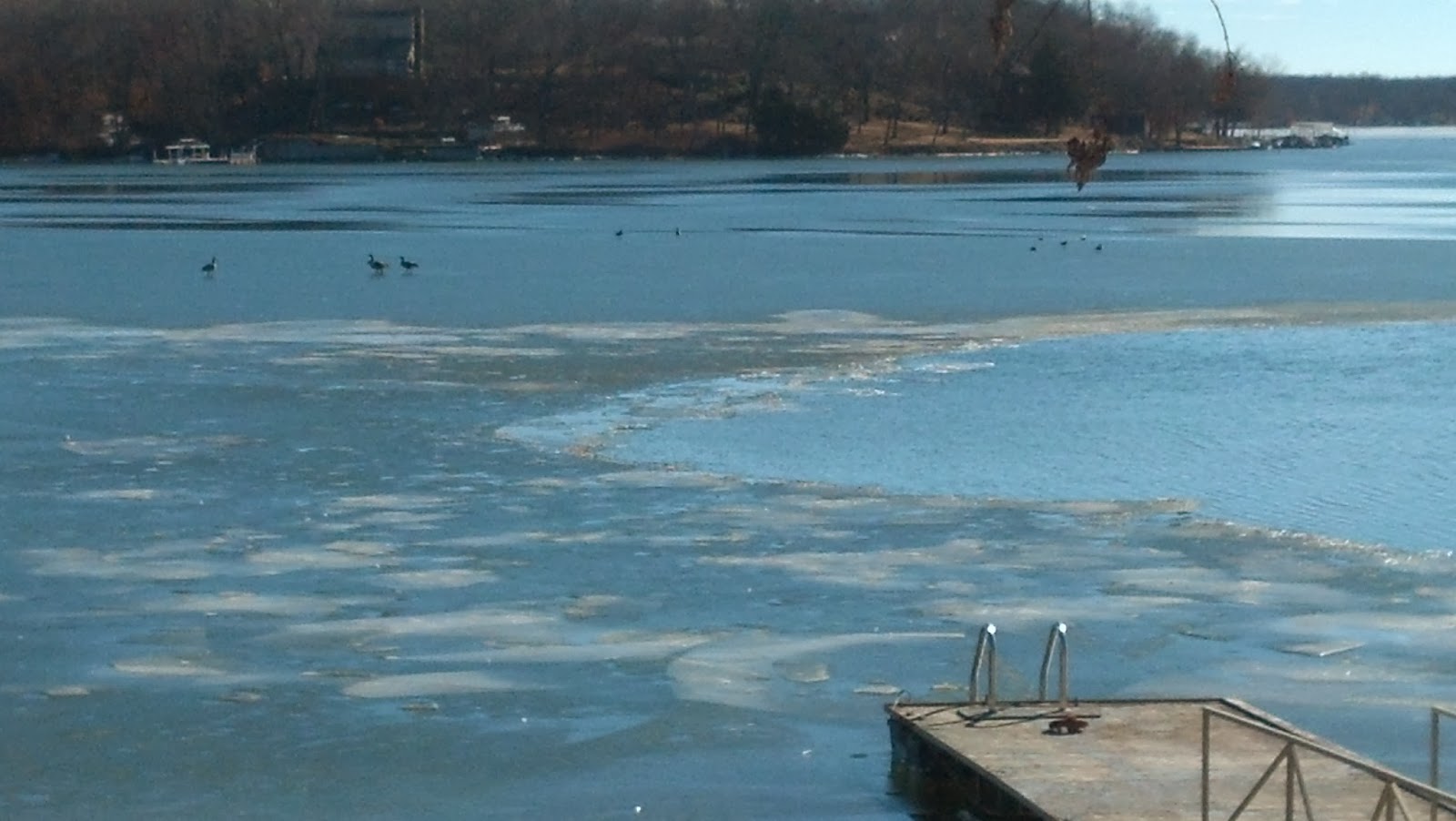 It has been a long time since I have been down to the cabin at Lake Fort Scott; winter has been either too cold or we have been traveling and trying to get things done. But this weekend, with Pat out of the country, and the weather predicted to be in the mid-40s, I thought it was a good time to come down and clean up a little and winterize the house – or at least empty and turn off the refrigerator, both to keep stuff from going bad and keep our electric bill down, as it is old and inefficient -- in case we don’t come back for a while. As it turns out, we had guests a few weeks back and they left it cleaner than I ever do, so it is mostly shoveling out leaves and dirt from behind the house, and picking up stray branches. 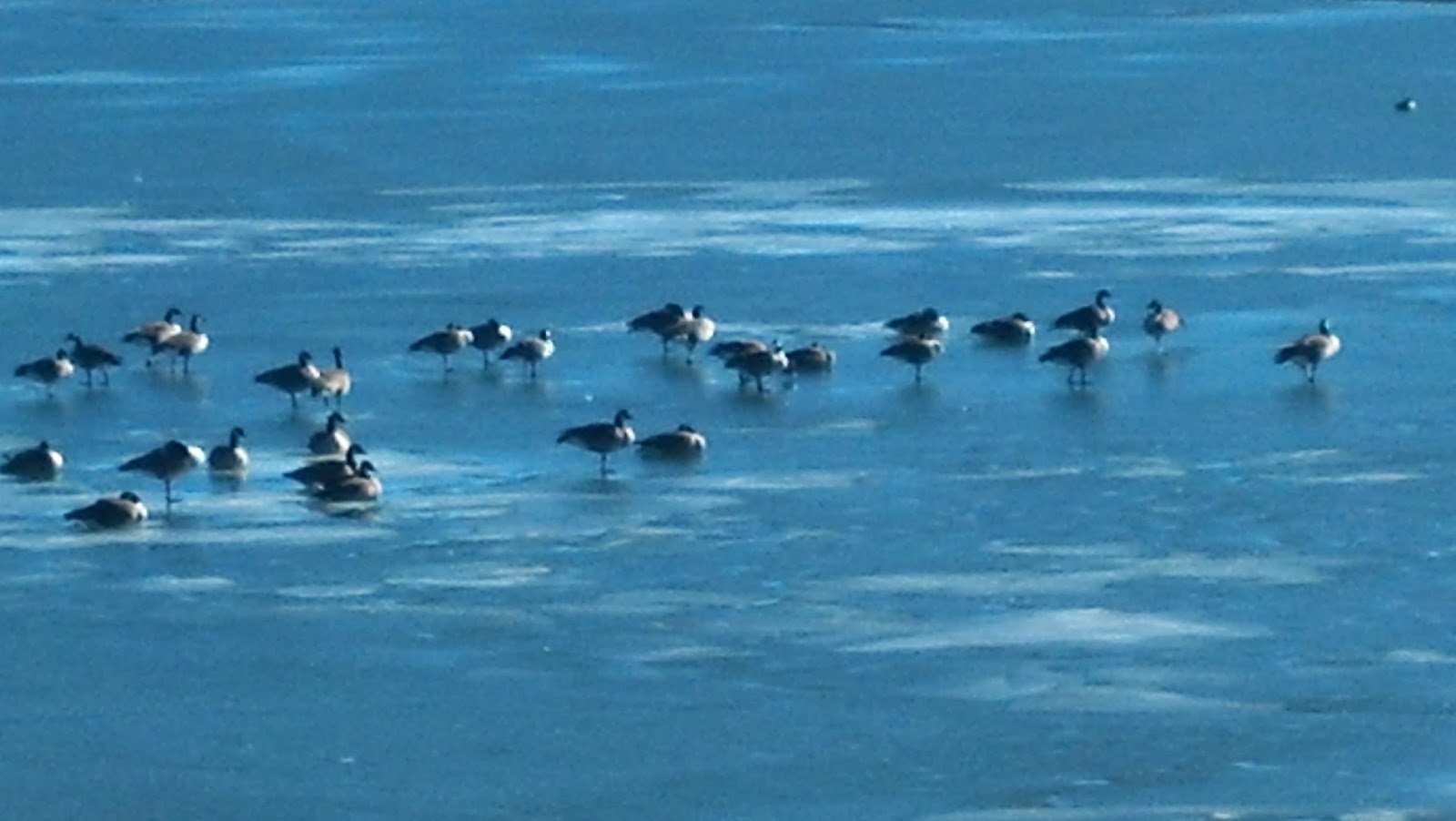 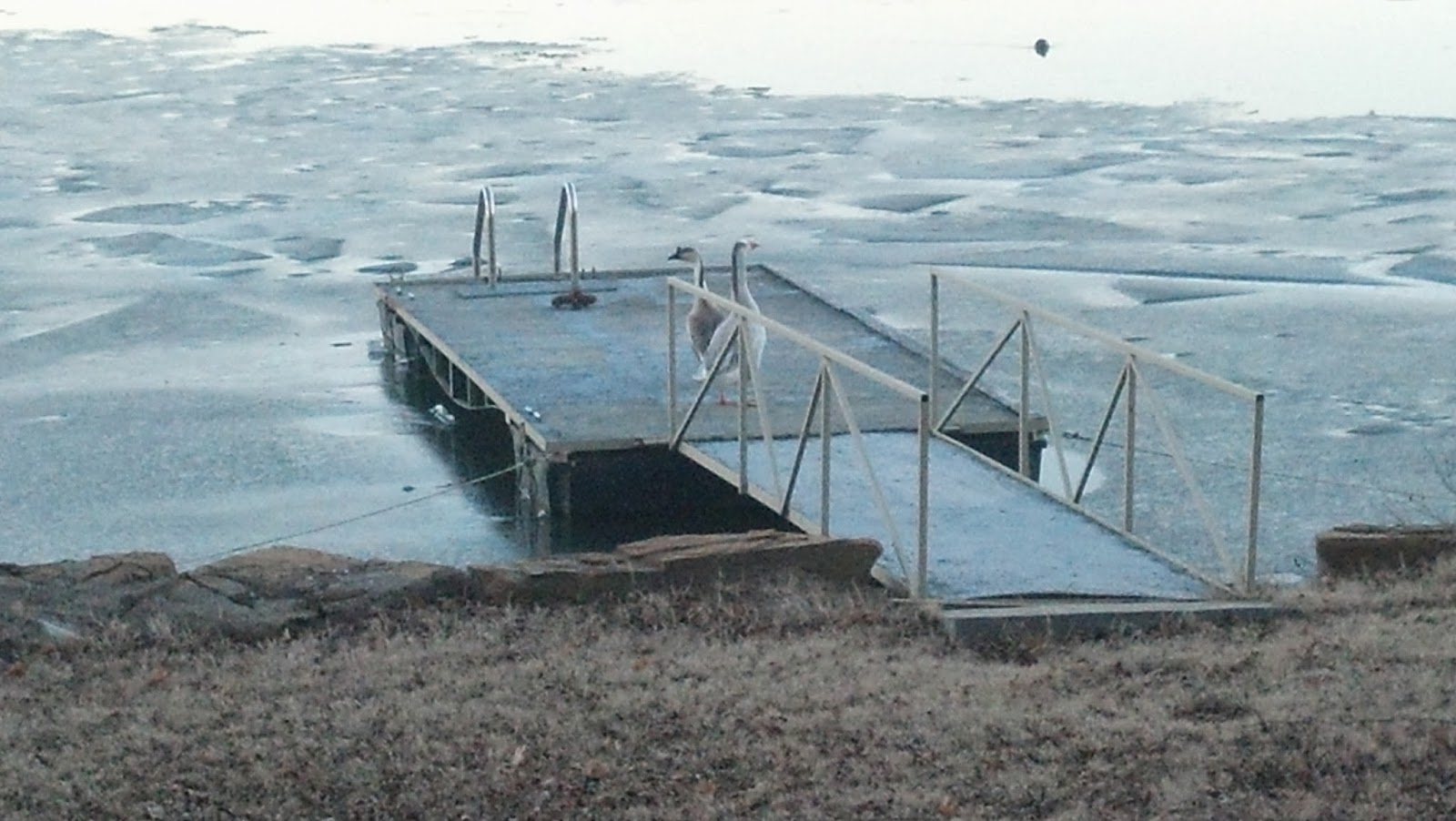 My neighbors had written to me that there were flocks of geese gathered in front of my house, which apparently was the only unfrozen part of the lake (some combination, I guess, of shallowness and where the sun shines). When I got here mid-day on Saturday, it was obvious. Hundreds of geese sitting on the ice, but close to the open water to swim and feed. And, as the day warmed up into the mid 40s, the ope 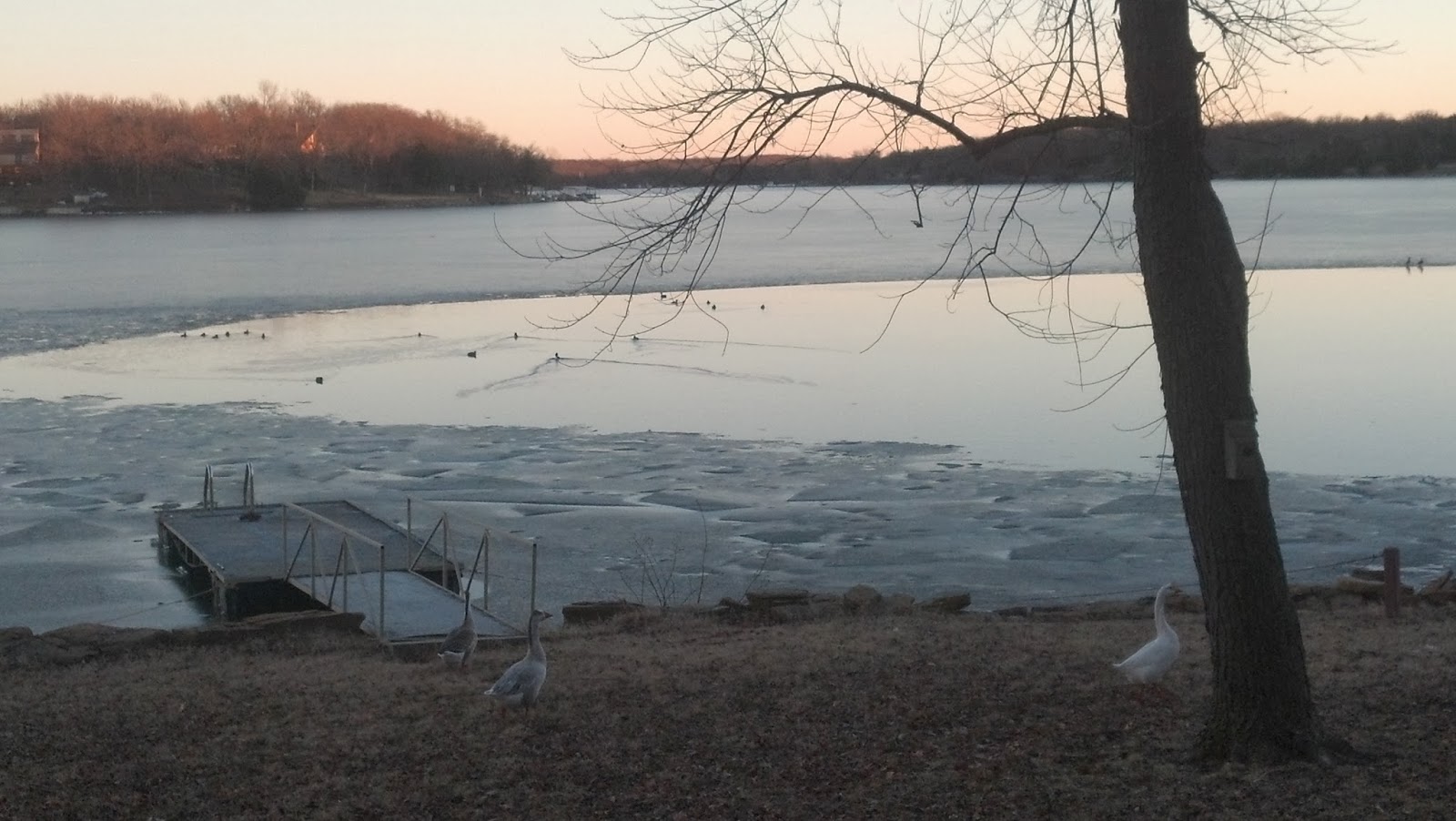 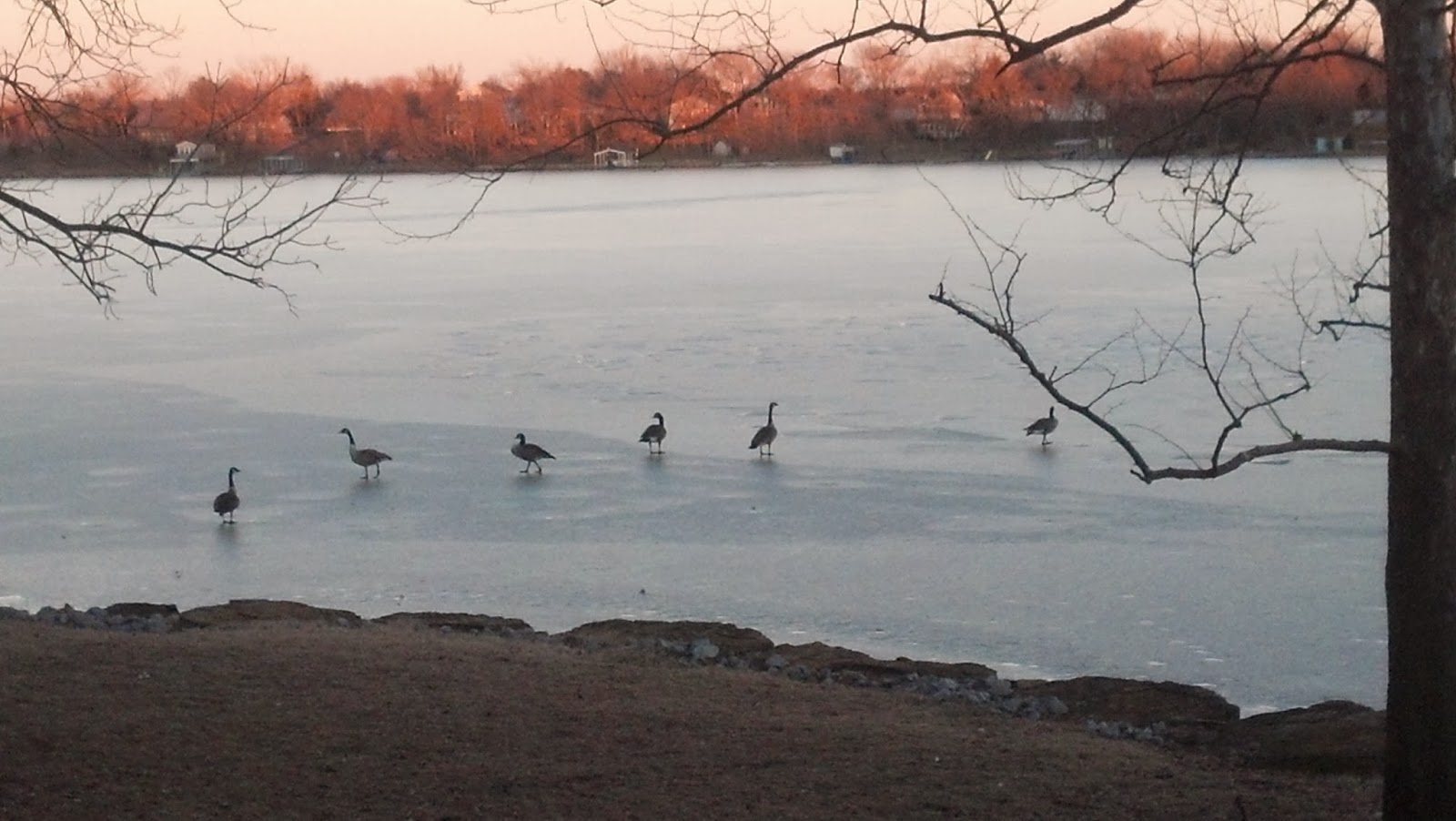 n patch of water began to expand, and by sunset the amount of ice for the geese to sit on began to decrease. I was told that they put up a great racket at night, and I guess they might, but I didn’t hear them enough to bother my sleep! 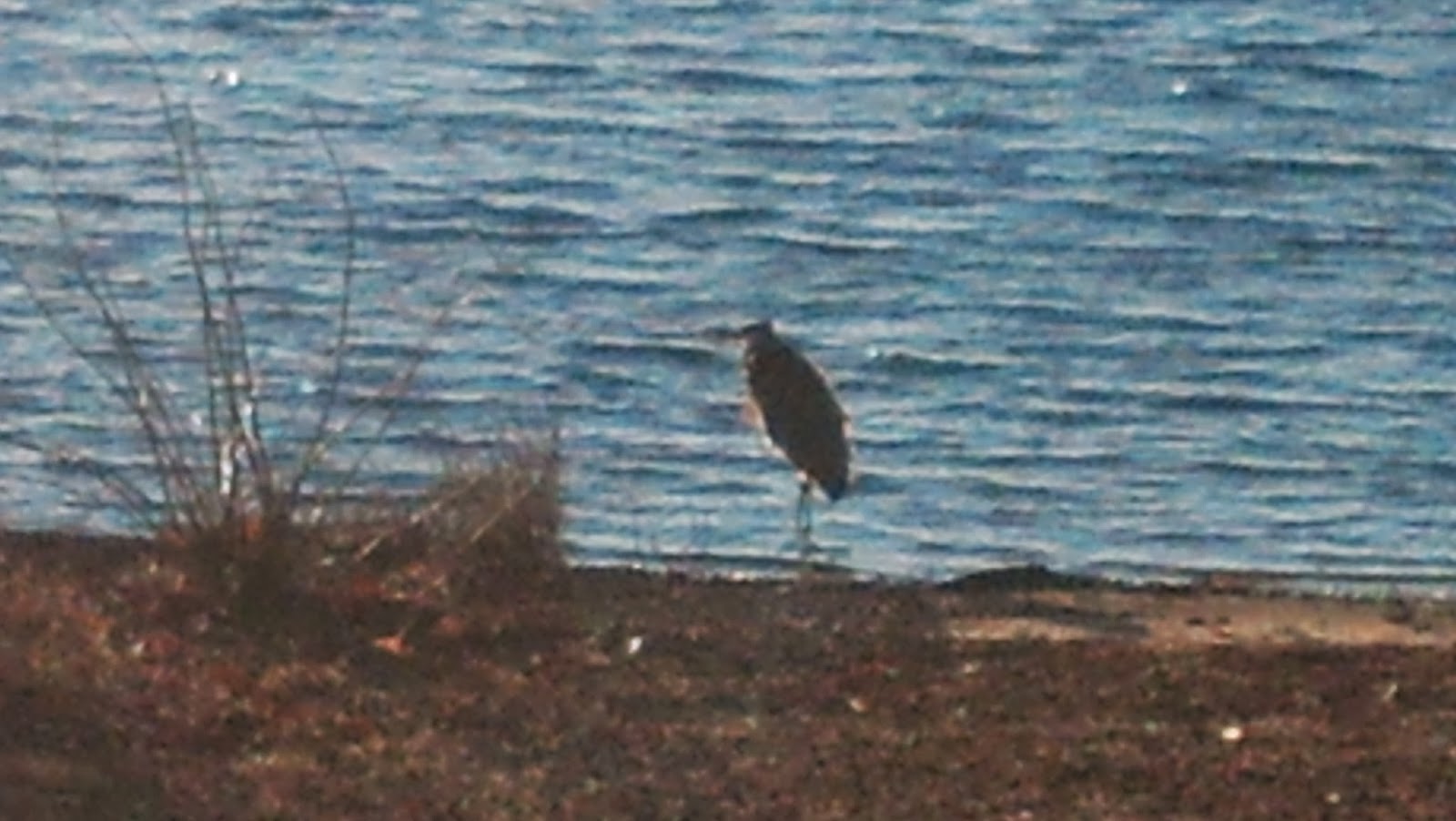 And then, this morning, walking the dogs this morning the open area seemed even bigger. OK, let’s get this straight. Giving permission for the dogs to go on a walk, especially Fry. They won’t leave the area around the house alone, but will jump all over me to accompany them up the drive and to the road. Once there, however, while Yonkel will usually stay with me, or near enough to come when called, Fry is gone and one his own and comes back when he is good and ready. A great blue heron sat on the edge of the lake as we returned, and when startled by us, took off, scattering geese! 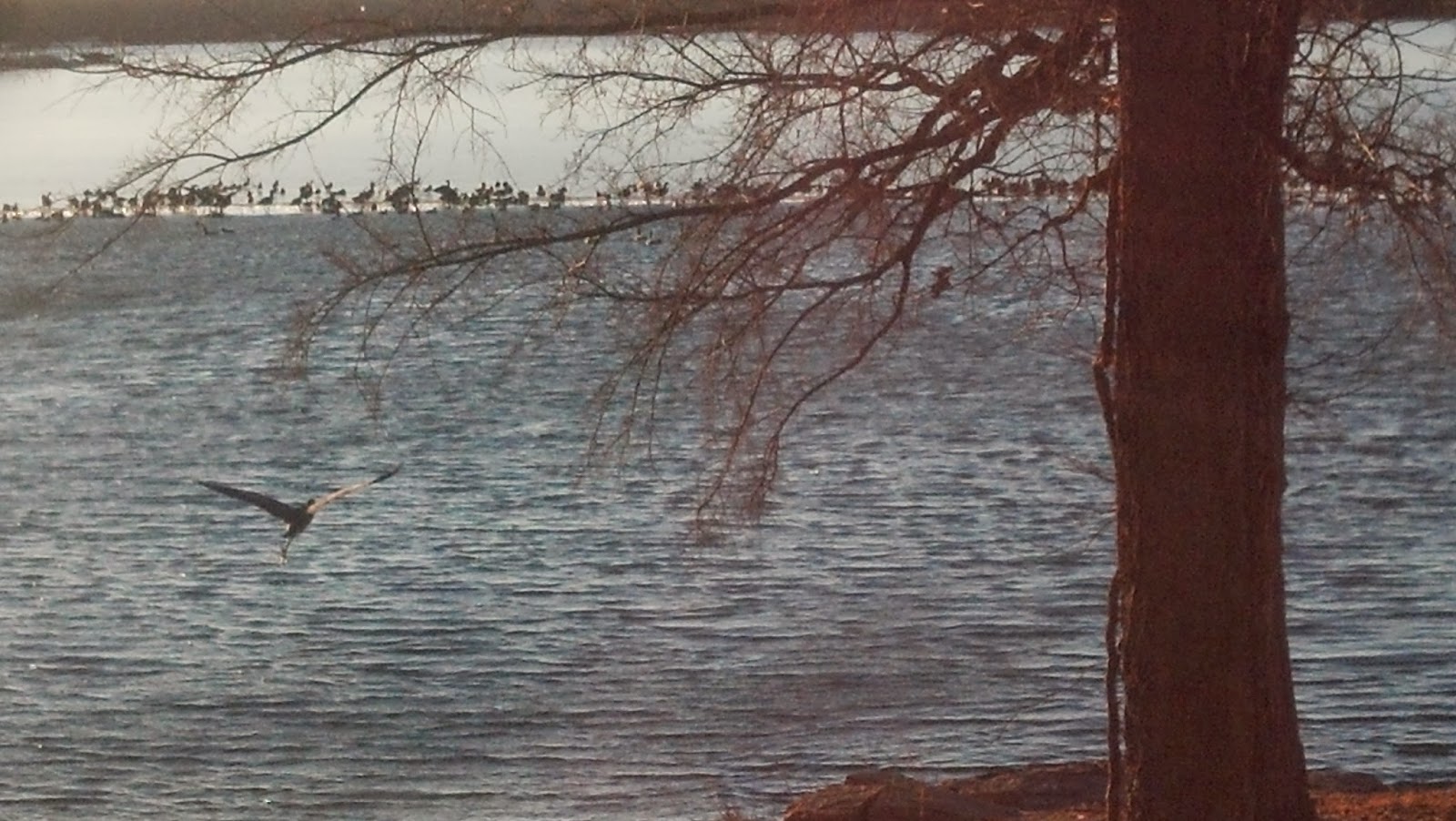 And now, at 11:30am, and temperatures in the low 50s, there is almost more water than ice! This afternoon it is supposed to get up to 61, so I imagine that this pattern will just increase. And the day is sunny, so it would be a lovely time to sit on the deck and read and watch the geese and the dogs cavort – were it not for the really high wind that makes being outside kind of unpleasant. I guess I’ll watch from inside. And soon time for lunch and a nap. 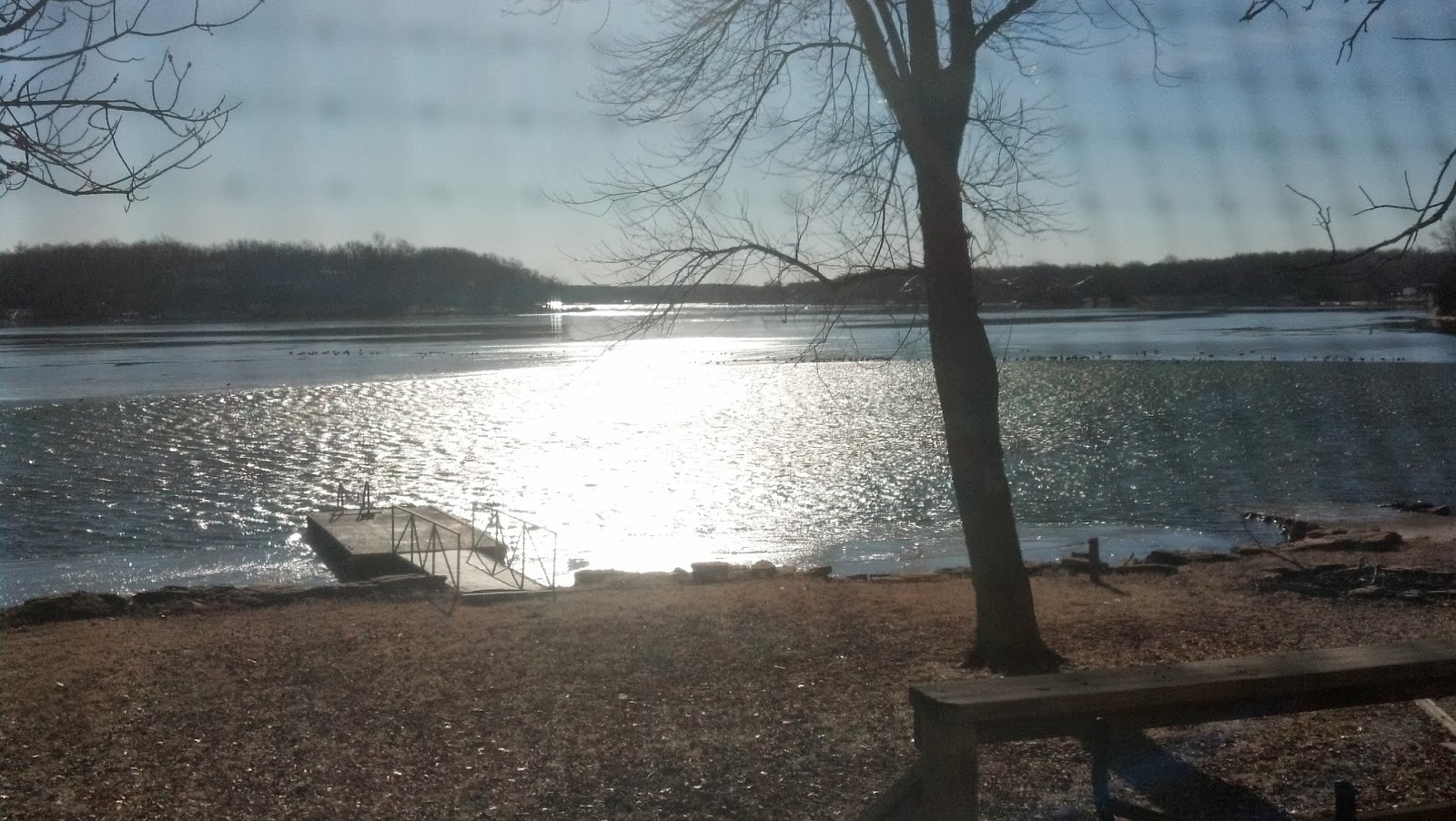